Start with an act of devotion 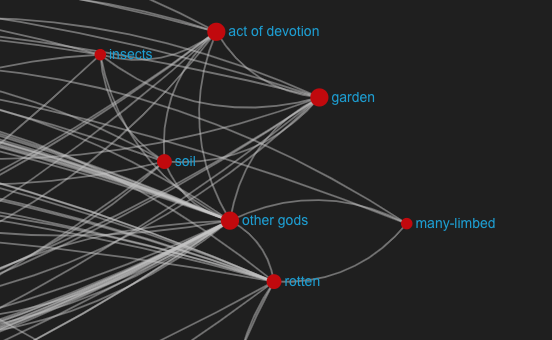 I had always presumed that the staircase led down into some mammoth garden belonging to a church on the parallel road. Worshippers would follow the twisting of the stairs, brave and wriggling in the narrowing shafts. A sudden feeling of the clammy warmth of rot. I flick a wayward bug off the cold pie with my finger. 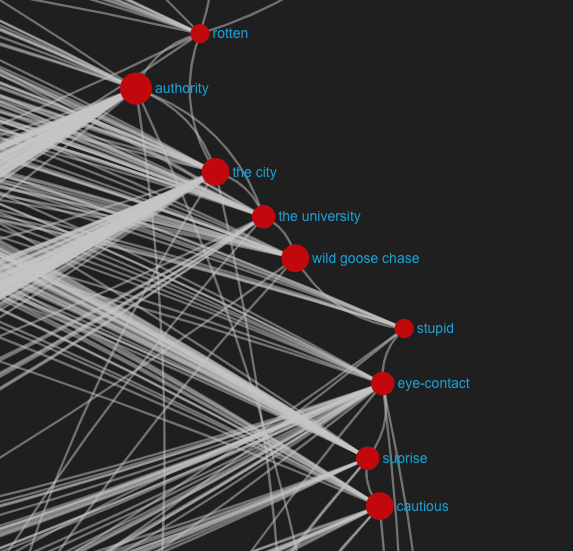 “Name?” the woman on the other side of the glass says. Her eyes look big and black and without intelligence. As we make eye contact, her smile grows wider even as her eyebrows slant down with something akin to sympathetic pity. We stand in silence for a while, looking at each other. 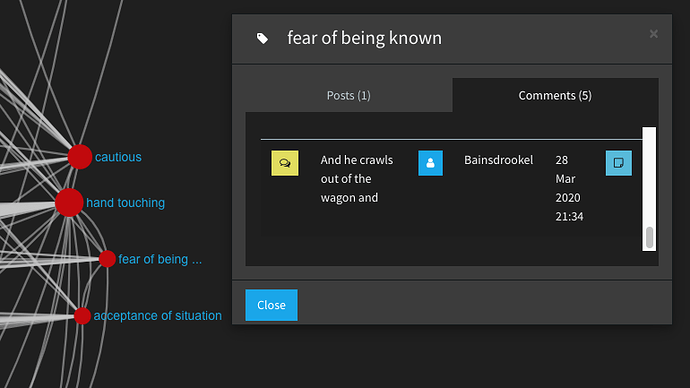 I pass my hand through my buzzed hair again. The head confidence has worn off. I laugh when I feel her fingers scrape across my fresh-buzzed scalp. No more hair for her to yank at whenever we get into one of our tizzies. She shrieks. I withdraw.

‘Anyone who can perceive my true form can hurt me.’

She turns her eyes towards the sky, peering, searching. 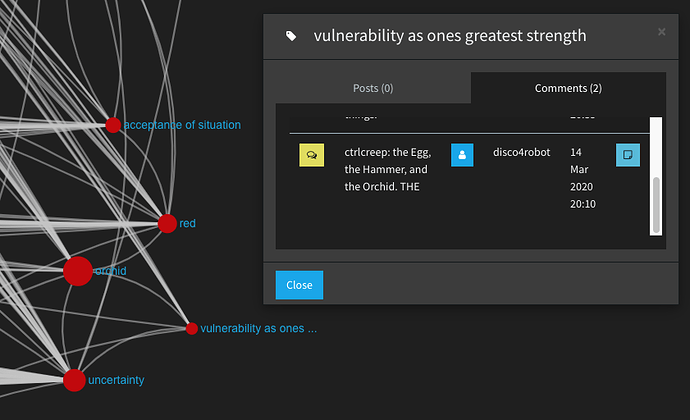 Her skin is blotchy and her cheeks are uneven red patches. Slowly she turns to look down, landing her gaze safely in mine before saying softly “Will you give my thanks to your mother? For the orchids.”

The orchid can swallow you whole, its vulnerability is its greatest strength. Not sure what I should be doing right at this moment, I think about the unfinished sketches lying in my room. I stand peering towards the staircase. 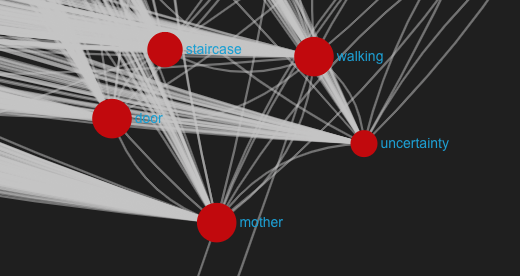 “Walk inside”, she hushed.

I am not going anywhere. But perhaps there is little to say to a man who is watching his mother wither away. 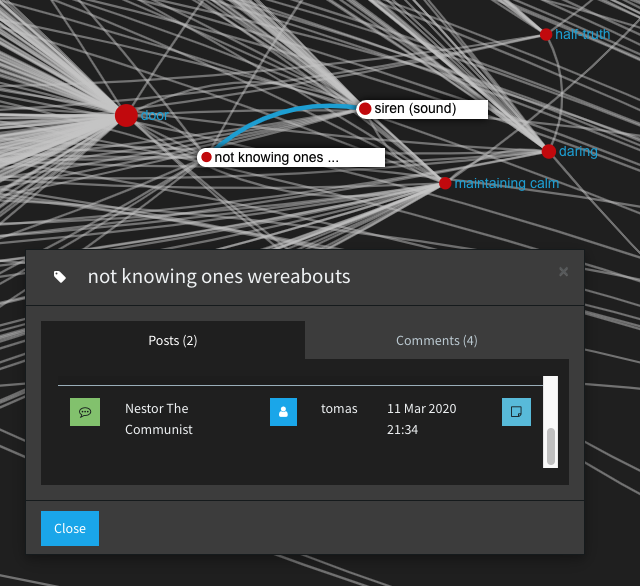 Someone knocked on my door tonight, put me in a car and brought me to some dump, God knows where. I went willingly, I’ve had enough. The warnings and wailings of the sick are drowned out here — like most important things in London, they blur and disappear in rainwater. I can’t breathe, I don’t look up, but I feel calm and focussed. Once, my mother ran out into a Spanish thunderstorm and demanded that the hotel security guard let her swim in the pool. He didn’t, of course. She came back soaked from the rain and I never got to know the truth. 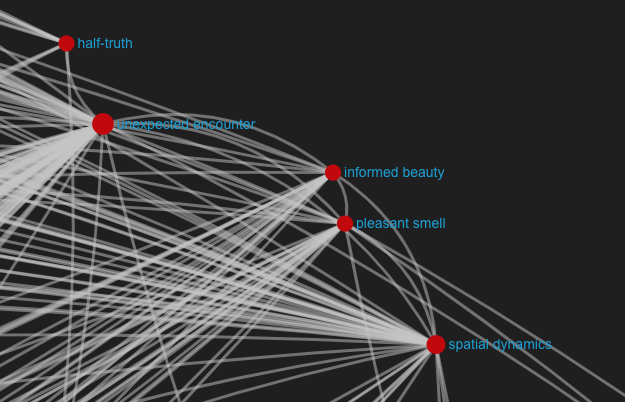 “What are you doing?” asks my chaperone. I had been holding my breath. I look at the man sitting across from me, and gosh, the planes of his shoulders rival his cheekbones in angular majesty. He takes a long breath through his mouth, takes out a pristine handkerchief, and holds it under my chin. It smells like something expensive I have forgotten the name of. It feels clean somehow, not washed, clearly not with the moisture in the air making it feel muggy and dense, but somehow pristine. I feel an urge to leave, but not fear. Then I remember. 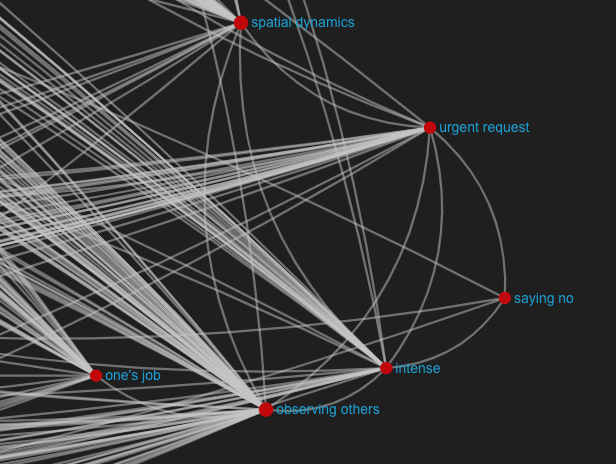 I do and hide it badly.

“I thought we might have dinner tonight and discuss how you wish to proceed.”

“No” I whispered, voice oddly finite.

He still holds his handkerchief under my chin, and the smell is almost overpowering, yet strikes some sort of balance that entices rather than repels. It’s now unfathomable that I didn’t recognize it right away.

“Mary”, he calls, summoning a girl in yellow and black cycling gear with a red helmet. I recognize her. She lives on my street, or at least she works there. Miss Mary as she is known, earns a living by washing and ironing people’s laundry.

Miss Mary knew me too. In fact, she had been to my mothers house. A meticulous woman, she had devised her own system ‘to ensure transparency’, a big term she was fond of quoting. She had bought herself a reporter’s notebook and some carbon paper. She made a checklist of the items collected and provided her clients with a copy of the list made possible by this carbon paper technology. When she returned the clothes, she requested the receiver’s signature. This safeguarded both parties’ interests. 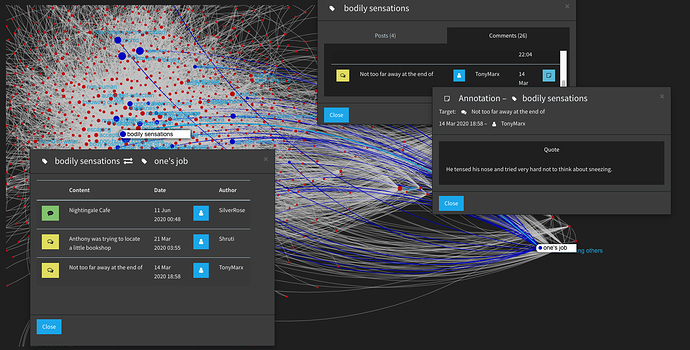 I tense my nose and try very hard not to think about it.

a double negative or something simply delicious?

perhaps it has something to do with binary rules

and the world map being upside down/left to right?

a globe the size of a googleplex.

How can I describe it to you? 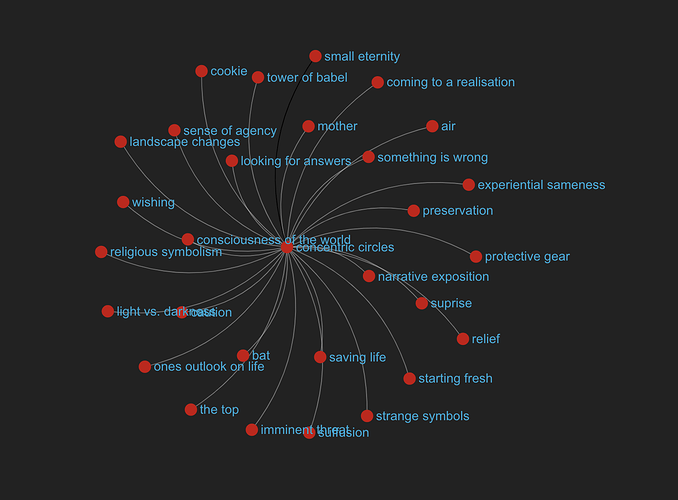 Smells are superimposed. I think of smell as circles enclosed upon circles. Smells overlap and contain, like colors and chords. Smell is not like vision, where objects can be told apart and separated. In a way, smell is truer to the nature of things and it is vision that fools us into the trap of separation. I used to find solace in reminding myself that everything is the same, part of a vast interconnected consciousness. But this smell is not like smells should be. It is immeasurable separation. It is not the one sharp whiff of a madeleine cookie but like the visual onslaught of the city speeding up around me

perhaps it has something to do with binary rules

I guess you’re right. It has something to do with binary rules. That smell broke the world. After it, there was separation where there had been unity.

Something is wrong. Well, no shit. Let’s start over, I just realized that I can. 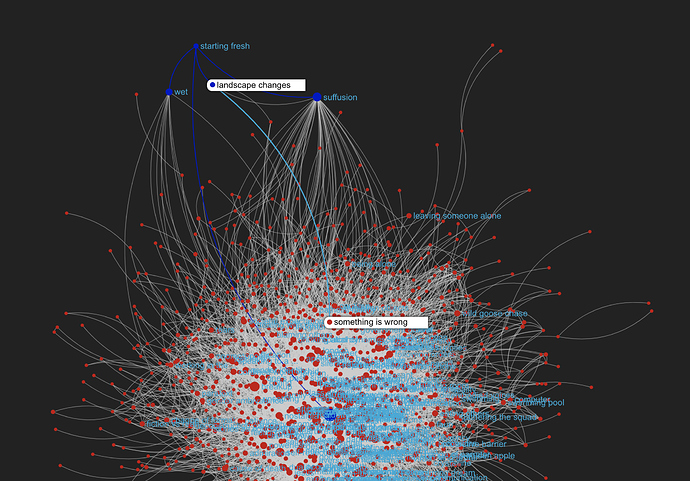 "perhaps something consensual?
but not like a contract.
More like sex that isn’t intrusive
but
intimate
even between strangers.
even when you are shy about your body
its smells
and your ability to please.
Or the meeting of empires where no one is is forced into submission.
So with your permission…my devotion. "

I’m in silly conversation with myself again as I close the uber door and enter the bar to meet my date. They are shorter than me and very hairy, with a big toothy smile. They wear eyeliner and smell a little like sweat and garlic. Two of my favorite smells.

I stare at pattern of their tattoo as they offer to buy me a drink.
“Concentric circles - are they resonant or a target or a spiral chasing the future through space?” I ask absentmindedly, not expecting a response. I’m not even sure they heard.

Off with the ether I go I guess.
To a labyrinth
with a minotaur,
a monster created by myth for men to slay
but I prefer making them laugh. 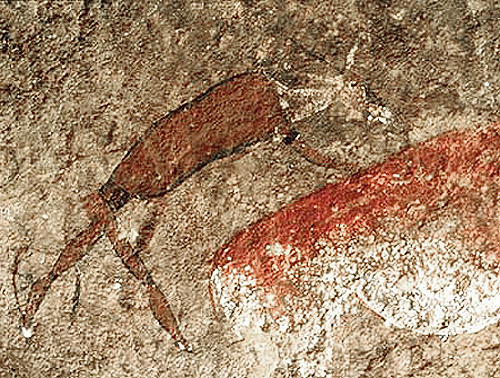 They remind me of drawings which the ethnographers who (also called my indigenous ancestry noble savages) named therianthropes and while they wait at the bar, I dart to the loo to wikipedia what the anthropologists from Europe said about the images because all traces of knowledge were not permitted to be taught through the blood line and I’m a little lost.

I find something about the neolithic revolution and the beginning of the centralization of control and resources (concentric circles?). But the Khoi were nomad hunter gatherers (I think) and I wonder if they just never wanted to farm and I don’t know if they also needed to just get with the times because when I walked across the country with indigenous activists trying to piece the cultural practice back together - they were christian as fuck and we stopped being friends cause I am queer and strong willed and a woman. And also of slave and colonist and black blood so lets not completely romanticize the past. The back of the imagination can also get tedious and my friend said something about snowflakes being created from the outside and I thought about guerilla warfare and the way the internet was made by techies and their codes around the world.

But winter is coming, and everyone wants the fucking seat in the middle.

The smell of my pee reaches my nose and I realize I am taking too long to get back. Weird that there are no crazy toilet lines at this bar. Go figure, it is only the two of us here, waiting for the rest to arrive.

When I return, they are smiling and tell me that their favorite film is annihilation and that they have maps and data and…do I want to go on a magic carpet ride? I want to tell Alladin that I trust him, but they are not Alladin and I am not Jasmine and I am getting lost in thought again.

So I suggest we go somewhere louder, but they may not want to and I wouldn’t be offended.